WINNERS DON'T DO DIFFERENT THINGS, THEY DO THINGS DIFFERENTLY 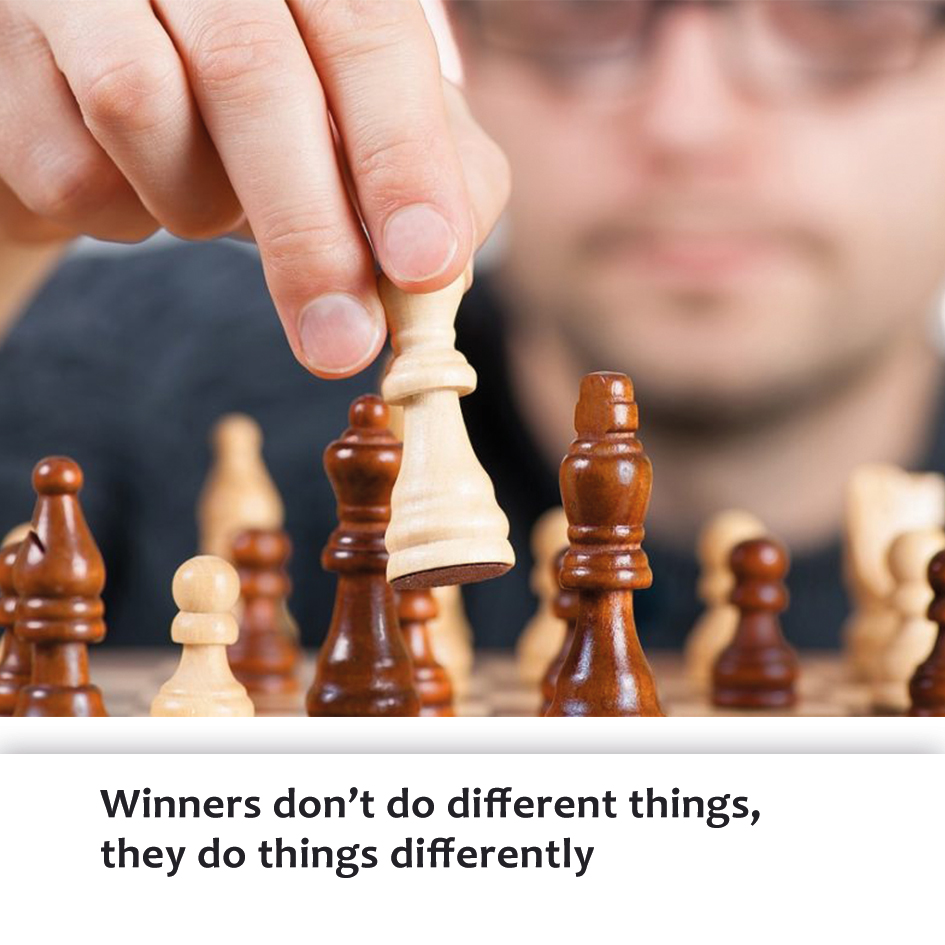 Winners might have a different way of doing the most random things, but what really makes a difference is that they choose the different, unique things, people mostly avoid doing. They take the path less travelled by and often redefine the ways things can be done. They don't go for the most obvious, commonly used things to do, if they're bored they won't turn to the television or the laptop. They would start a new hobby or read a book. They don't let the socially accepted ways to define how they work. They might be ridiculed in the beginning and made fun of, but they don't let this hinder their steps, they work on things until they master it and recognize the best way to make most of them. They often fail in the beginning. Not only in the beginning but they often fail many times, but they don't see failure as a loss, it must be seen as a teacher which shoves us into the right direction.

America's greatest inventor, Thomas Edison had an extraordinarily positive perception of life that greatly enhanced his ability as an inventor. When others might have been hopelessly discouraged after failing thousands of times in an attempt to develop an electric light, the great Edison simply viewed each unsuccessful experiment as the elimination of a solution that wouldn't work, thereby moving him that much closer to a successful solution. People discouraged him and told him he was wasting his time. But when he finally developed they electric bulb, the world cannot stop thanking him till now. This teaches us that we should not let the world define our failures or our winnings too.

It's up to us. What we see as a failure or a success. Winners choose the path less travelled by and this makes all the difference. This new path is unknown and they face many more difficulties and new problems that is unknown to them, but slowly they work towards them and make way for themselves and many more others to follow on to. They have this positive approach towards everything. Even criticism. Taking criticism and turning it into the fuel of driving yourselves towards your goals is gift winners posses. Of course, the old path all others follow is pre-defined, easy to follow and does not require much work, but the result is also equivalent to the work we put it.

So start visualizing yourself as a winner and get that mindset. Don't let what others think or do, stop you from doing what you want to. You might fail, but look at it just as a signal that you are moving in the right direction. Keep confidence in self. You are unique and so should your methods be. Winners are not people who never fail, but the people who never ever quit.