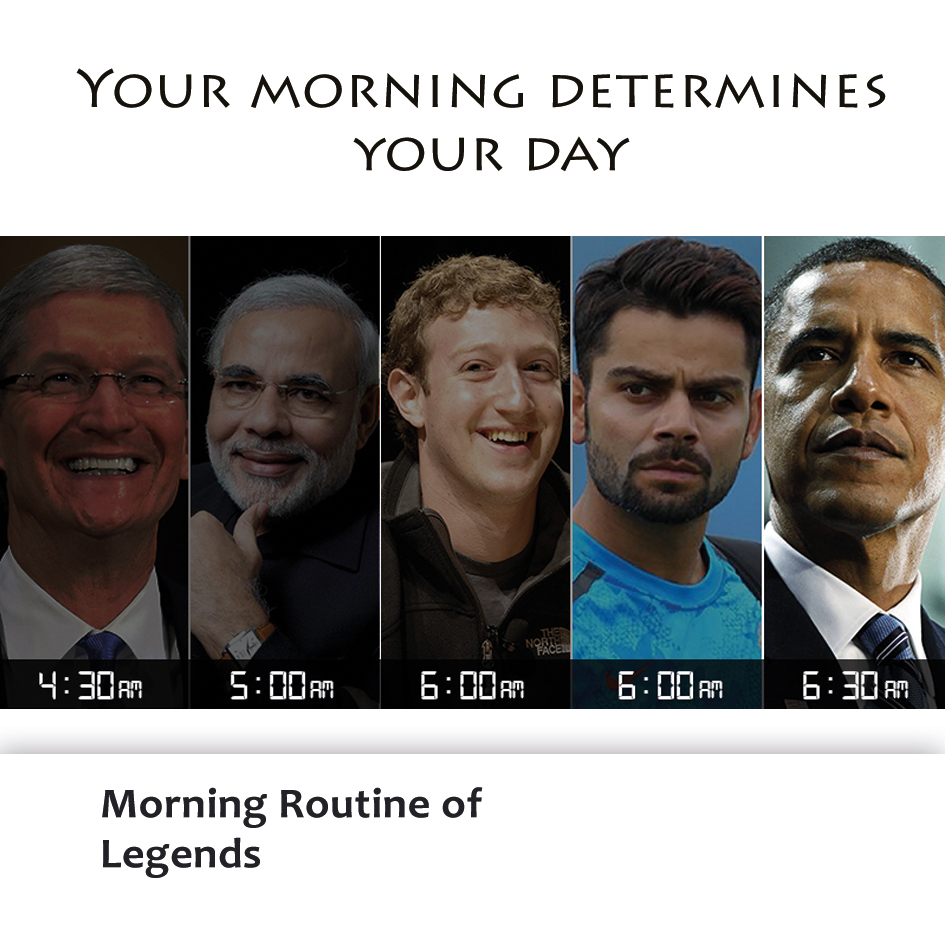 We can learn a lot by observing the morning routines of the highly successful people. Although there might not be an ideal routine that would suit everyone, certain habits can be picked up from the routine of the legends that would help in one way or another. Let's learn what do highly successful artists and entrepreneurs do upon waking up in the morning from this morning routine for success.

One thing most successful people do is wake up really early. Time is invaluable and they sure do know it. Ernest Hemingway woke up at dawn and found the morning tranquil to be the best companion while working. There are no disturbances and interruptions early in the morning and one can accomplish anything once they set their mind to it. Not only do you have more time if you wake up early but also you have time do the things that matter to you and more control. The novelist Nicholson Baker took to getting up at 4.30am, and he liked what it did to his brain: "The mind is newly cleansed, but it's also befuddled… I found that I wrote differently then." Scientific evidence shows that morning people are happier and more diligent. Not to say that there aren't any successful night owls but the majority is formed of early risers. Burn your calories, either through exercise or yoga. India's PM NarendraModi starts his day with Surya Namaskar, Pranayam and Yoga. Ex Us President Obama hit the gym to do both weights and cardio. Mark Twain's advice says to get the big work done early.

He said, "Eat a live frog first thing in the morning, and nothing worse will happen to you the rest of the day". When you begin your day by accomplishing a big project you feel pretty good about it for the rest of the day. This way you're more likely to get it done without any interruptions. Meditation is a core activity that several successful people adopt. It is important to have a clear and healthy mind, especially after all the stress that one undergoes from working all day. Giving time to yourself is also crucial. Have some ‘me' time by doing the activities that you love. Bond with your partner and family by spending time with them. This will keep you grounded and stable. If you're interested in starting a morning routine of your own, do so by including small changes. Wake a little earlier than usual, have a good breakfast, make a schedule and eat that frog. Develop a morning routine that works on weekends too. Slowly and steadily you'll find something that works for you and makes you more productive and content.